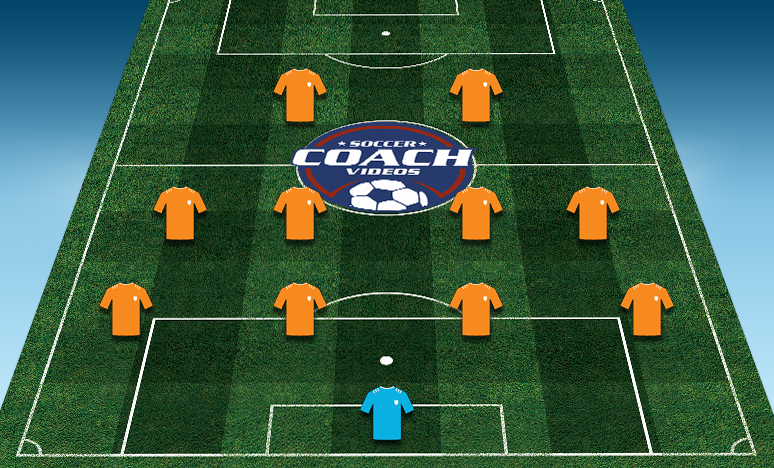 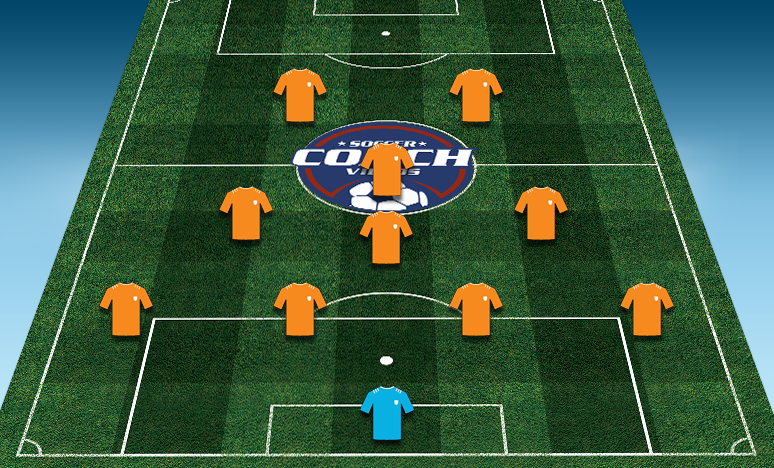 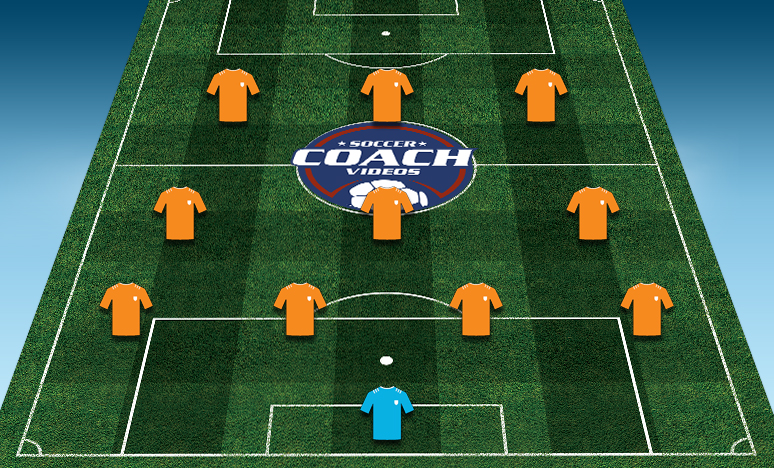 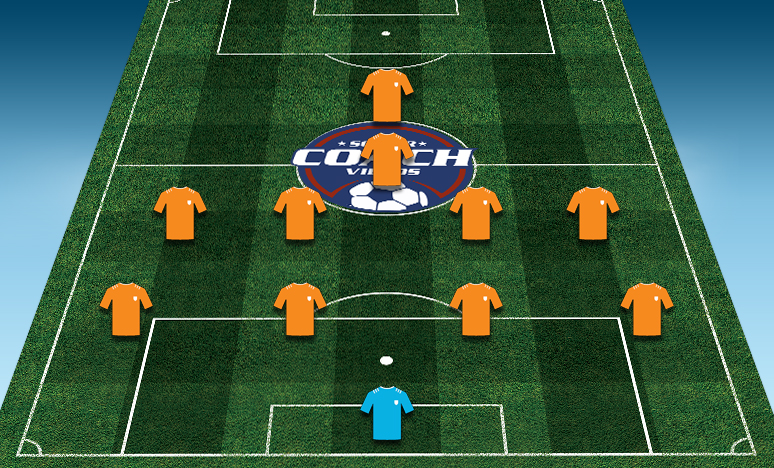 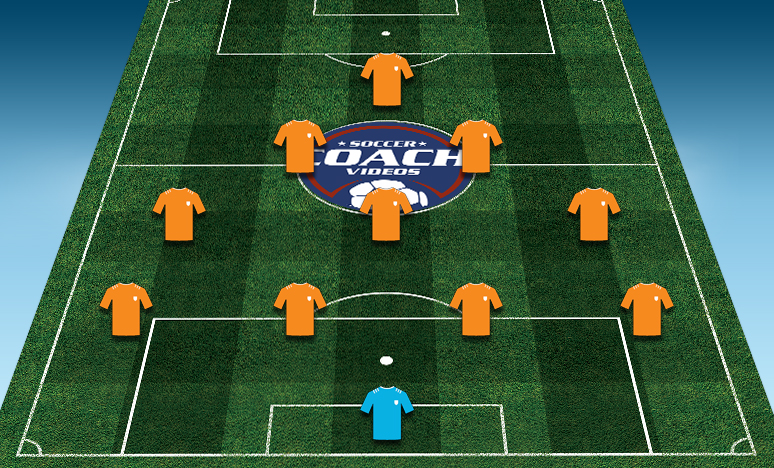 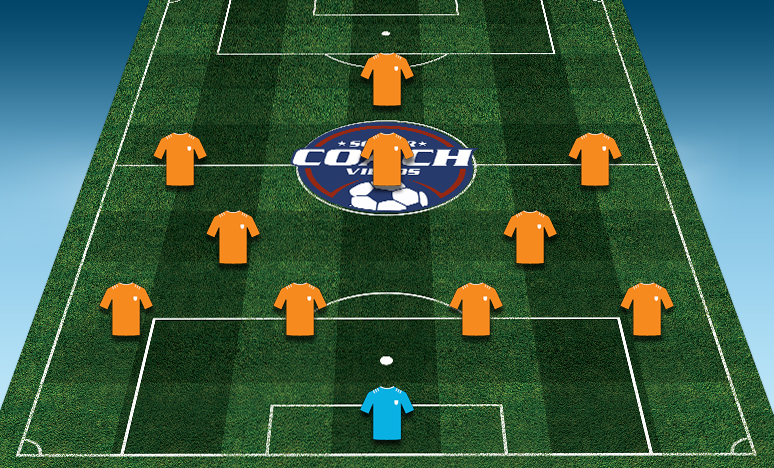 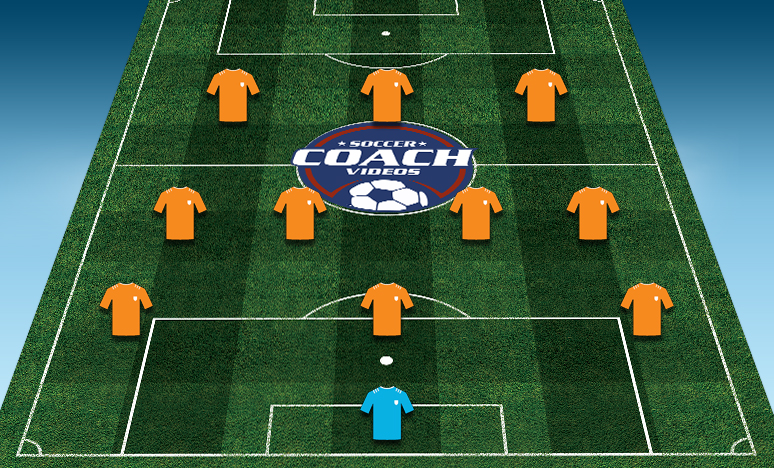 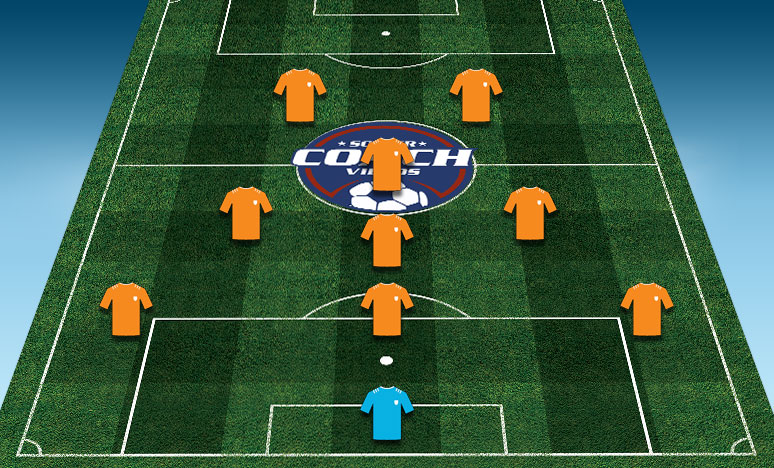 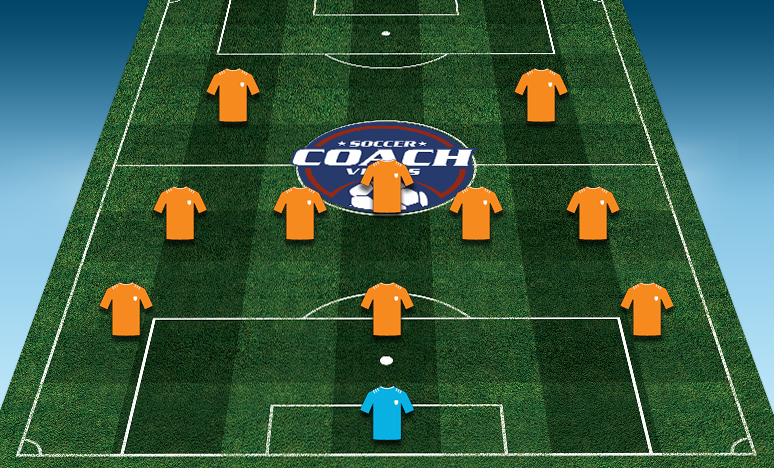 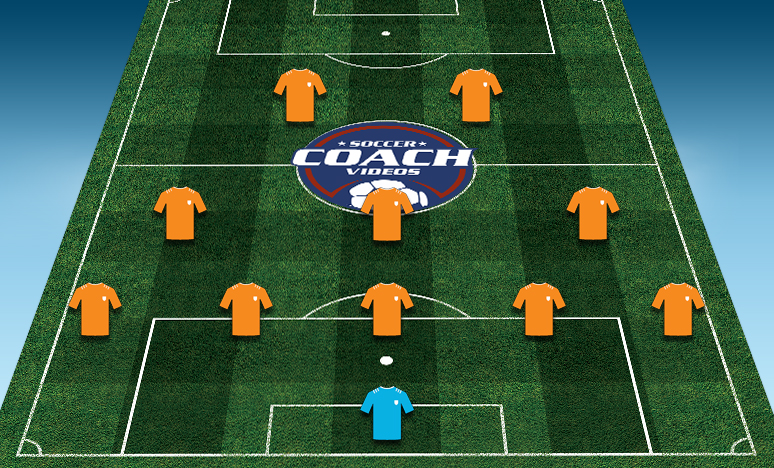 If you're coaching at the U13 youth soccer age groups or older, you're probably faced with choosing a 11v11 (11versus 11) soccer formation. While there are several different formations for you to choose from (or create your own), each one has its strengths and weaknesses. Before we get into particulars, let's talk about what the numbers mean. If you're a new coach or new to soccer formations, each number represents a group of positions on the field, starting with the defense. For example, the first formation listed in the interactive chart below is a "4-4-2" formation. This means 4 defenders, 4 midfielders, and 2 attackers. But what about the goalie? Typically, goalies are a given so we don't include them as a number. So, if you were communicating the formation to your team you might say something like "We will be playing a 4-4-2 formation." You would then go on to assign a goalkeeper, defenders, and so on. Position roles and names of positions are just below the chart on this page.

Which Formation Is Best For My Team?

As a coach, you'll learn each players strengths and weaknesses. There is no single "magic formation" that will give your team an advantage over other teams - and even if there were, the goal at the youth soccer level is to improve and develop players, rather than necessarily win games. The best formation for your team is one that gives you balance. For example, placing players who have "chemistry" near each other, which simply means they play well together and demonstrate good teamwork. Another example of achieving balance with any formation is placing a strong player on the same side as a player who is not as strong. The idea here is that the stronger player will be able to help out the less experienced player, thus creating more balance on that side.

Generally speaking however, many coaches at older levels put their most threatening players (most skilled with the ball) at center midfielder or striker. So if we're talking about the 4-4-2 example we discussed earlier, that would mean putting them as the center midfielder (the "4" in "4-4-2) or striker (the "2" in "4-4-2" formation).

Role: the job of the defenders are to support the midfielders and to stop the opposition from scoring.
Position Names: left back, center back, right back

Role: the job of the midfielder is to maintain possession, make plays with strikers and wingers, and help out on defense.
Position Names: left midfielder, center midfielder, right midfielder

also called Forwards job is to score goals and create scoring opportunities for other players. On rare circumstantial occasions, they will help out on defense.
Position Names: left winger, right winger, striker aka forward