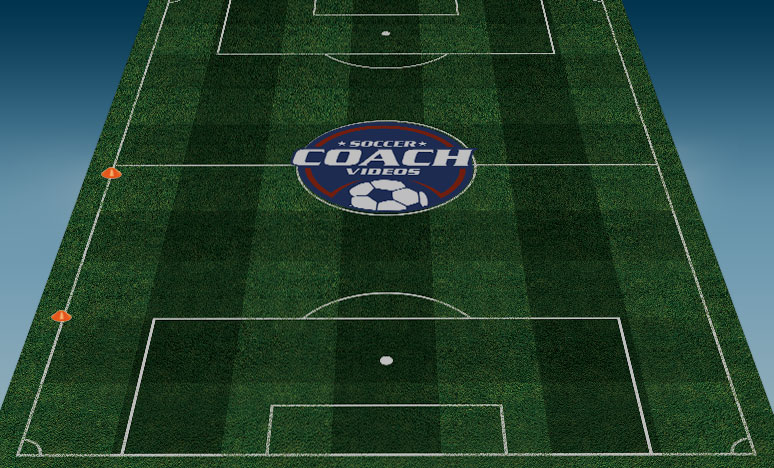 To setup the Basic Line warmup, you’ll need a total of 2 cones. These 2 cones serve as the area that players will warmup between together as a group. The basic warmup begins with a light jog starting between the cones on one touchline to the opposite touchline. On a soccer field, this could mean 30 yards or more. So, you’re just warming up on the width of a soccer field. After a couple of jogs from touchline to touchline, the team should do “touches.” To do “touches” the captain or person in charge of warmups will call out one of three words: right, left, or both. If they yell “right” all players will touch the ground right hand while running. If they call "left", they will touch the ground with their left hand while running. And if they call “both” all players will touch the ground with both hands while running.

After touches, the team will do “headers.” The captain will then yell “up” which indicates all players should jump up for a header.

After headers, the captain will tell the team to jog and when he or she claps their hands, the team should sprint until they reach the other touchline. Finally, after the warmup routine is complete the team should then transition into a stretching routine. 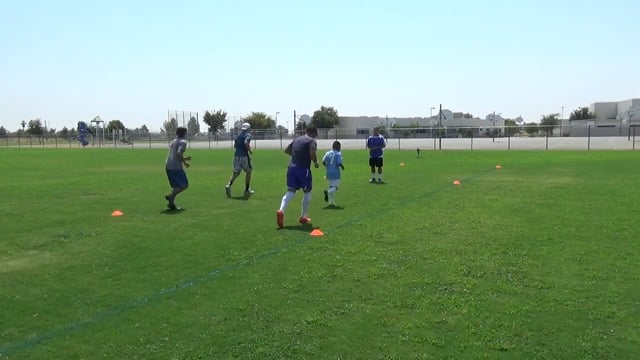 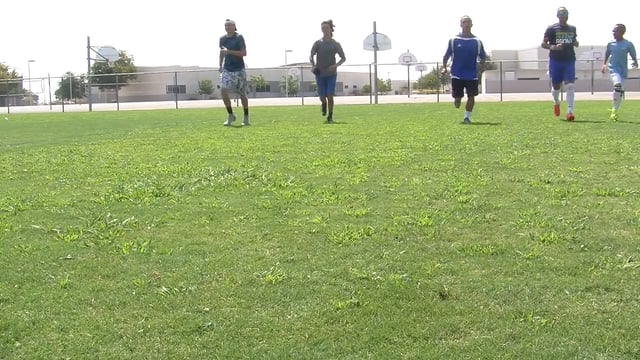 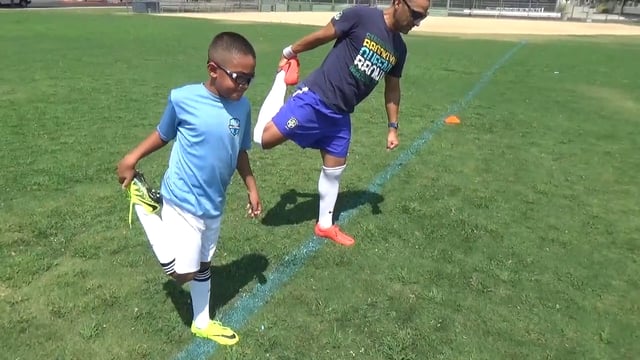