Skilled Circle Drill - Inside and Outside of Foot 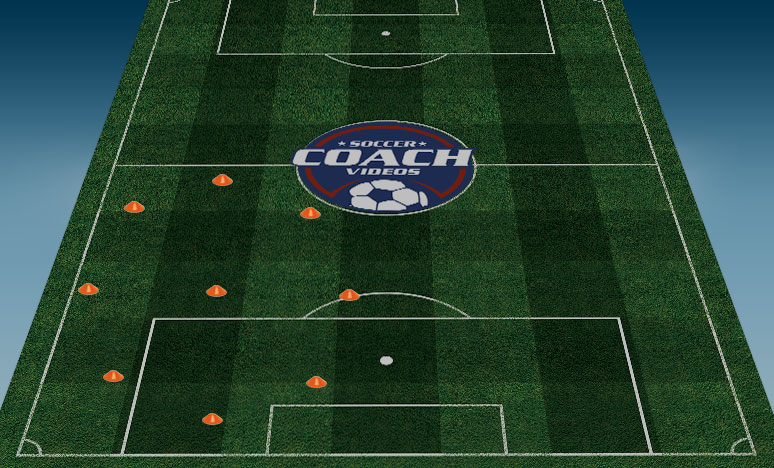 Hi I’m Chai Nakpiban and today we’ll be exploring the Skilled Circle Drill. This drill has so many variations and provides many benefits to improving your players ability to dribble with the inside and outside of both their left and right foot. To setup this drill, you’ll need 1 cone per player setup in a circle formation about 15 yards wide. We only have 4 in our group but to give you a visual representation of what this drill will look like with a full team, we setup 8 cones with 1 cone in the middle.

Next, get your players evenly spaced out and have them dribble only using the INSIDE of their right foot in a counter-clockwise motion. The counter-clockwise is important here because if you go the wrong way, it’s nearly impossible to dribble with the inside of your right foot going the other way. That would look pretty funny actually if you did that. So do this for about 30 seconds to 1 minute. Next, stop the drill and going in the opposite direction (clockwise), dribble only using the inside of their LEFT foot around the circle. Do this for another 30 seconds to 1 minute.

Next, going the same clockwise direction, have them dribble using only the OUTSIDE of their right foot. I always tell players who are doing this for the first time – this is going to feel weird at first and that’s okay – I don’t expect it to be perfect, just try your best. Again, do this for 30 seconds to a minute and then stop.Next, going the opposite direction (counter clockwise), dribble the ball using only the OUTSIDE of their left foot. Most players aren’t left footed so the ball might be all over the place and that’s okay. Players might get frustrated, they might run into each other and that’s completely expected for those doing this for the first time. But, like anything in life the more they do this drill the better they become and using the inside and outside of both feet. 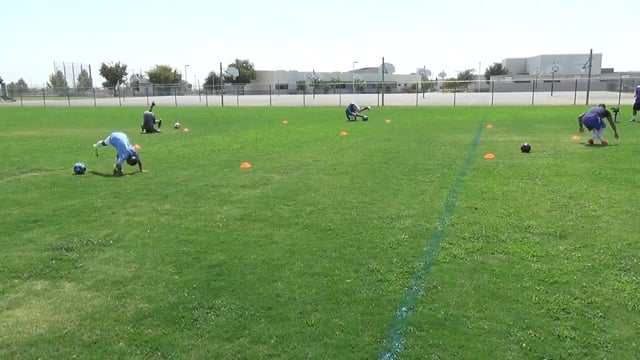 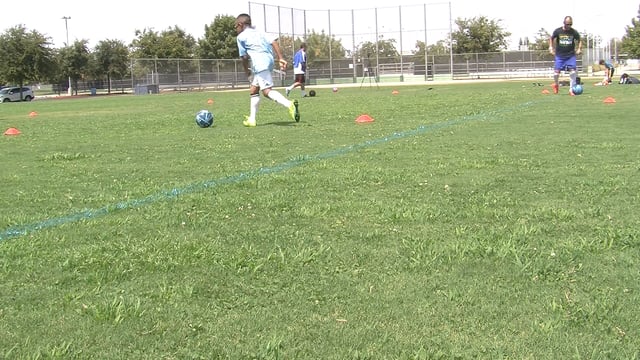 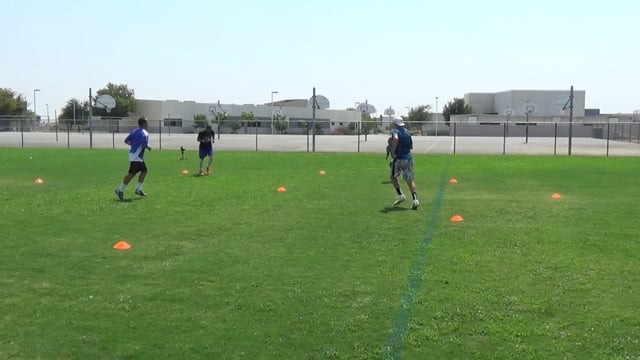 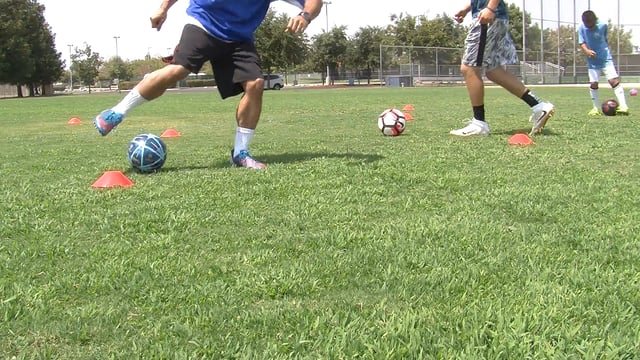 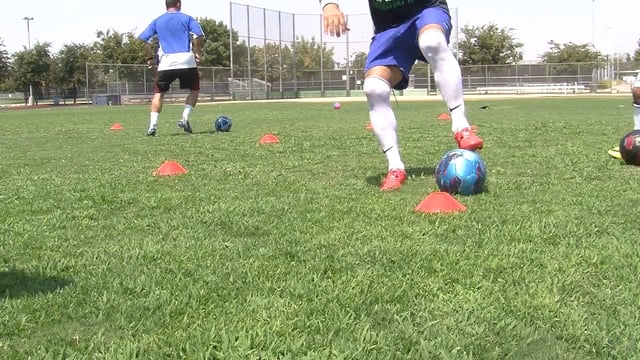 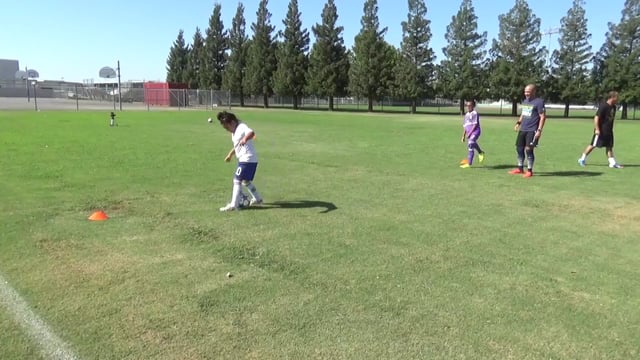 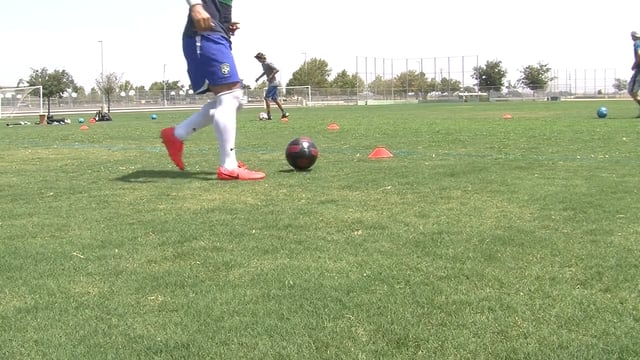